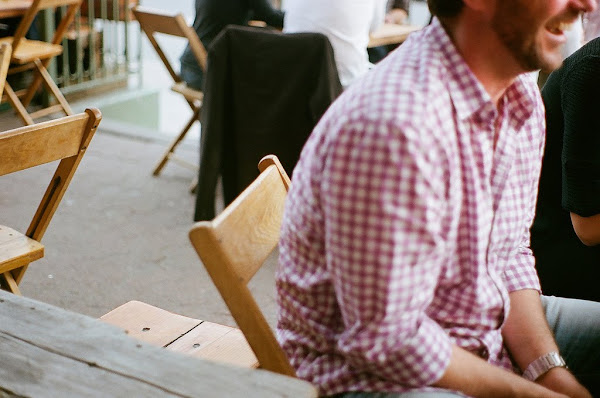 Why do you shoot film, Jeanine?

My tendency, when I use a DSLR, is to shoot at will and with abandon. Whereas with film, I am forced to slow down and think before pressing the shutter. I appreciate that analog requires a certain amount of discipline. A more conscious and intentional approach to photography.

The anticipation of getting a roll of film developed. Information travels so quickly these days that we are barely ever asked to wait for anything, which leaves little room for surprises. And though I can be the world’s most impatient woman, I do love a good surprise. I like the thrill of picking up a roll of film at the print shop after waiting for a full 36 exposures (which sometimes takes weeks to shoot) to see what the photos look like. For example, in the shot above, I had no idea that I'd captured this stranger's smile. I only noticed when I got the photos back.

The sound! Have I told you about the sound? And how there is no better sound in the world than the shutter releasing on a Pentax K1000 and the clicking as you advance the film? Swoon.

I rarely ever post process my film photos, except perhaps minor cropping or adjusting the levels. I used to go extreme Photoshop on my pictures to give them that nostalgic feel but they ended up looking like they’d been injected with Botox and covered with a thick layer of makeup. With the Pentax, my photos come out just the way I like them, strait out of the camera with a thin layer of magic on top. That glow. That blur. That grain. That thing you can’t quite put your finger on. That’s the K1000 je ne sais quoi. Unprocessed, no salt or sugar added, pure natural goodness.

I guess you could say I have a little crush on my Pentax. And I have a feeling this is the kind of love that will last a lifetime.

You can see more of Jeanine's film shots on Flickr and her blog.

Email ThisBlogThis!Share to TwitterShare to FacebookShare to Pinterest
Labels: why do you shoot film? 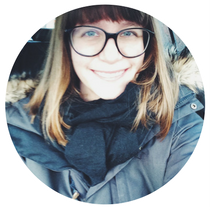